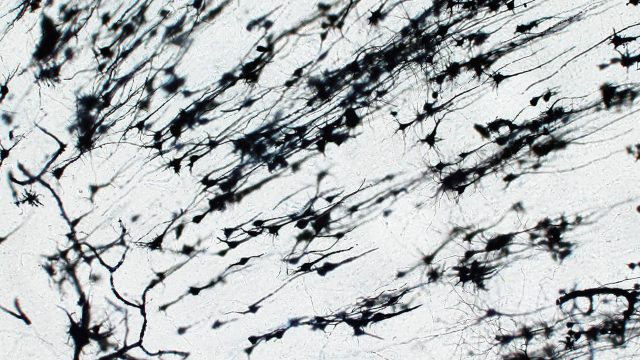 Daniel Almeida, doctoral student in the laboratory of Gustavo Turecki receives a Jury Prize and the People’s Choice 2019 from the Science Exposed Contest (NSERC and Acfas) for his image entitled, La reazione nera (The black reaction).

” In 1873, Camillo Golgi published his discovery of the “black reaction” (reazione nera), a stain that would allow him and other early neuroscientists to understand the structural organization of the nervous system. Nearly 150 years later, it remains unclear why some neurons are beautifully stained by the black reaction while others are left without a trace. Yet, it is because of this selective staining that neuroscientists can visualize and trace, in precise detail, the structure of individual neurons. This image is of a post-mortem human brain section stained by the black reaction. Our research uses this method to study the structure of prefrontal pyramidal neurons in the brains of individuals who died by suicide.”

Are You in Crisis?

We have opportunities that may be of interest to you.